It had been a loooooong time, but that Cheap Lady finally took Kirsten--that's right, the most fabulous girl from 1854 EVER, way better than a couple dolls who I am sure are very nice but could never replace the most awesome 1850s girl ever--out! 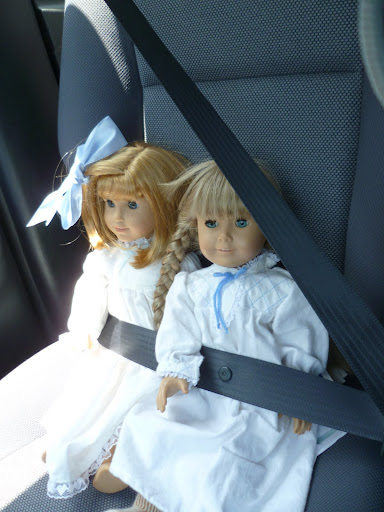 "Doll sleepover!" Kirsten cried.
"Miss Kirsten," Nellie said. "I'm not sure it's really a sleepover.  The sun is still out."
"We're in our pajamas," Kirsten said. "It's a sleepover! Besides, you left out the best part."
Nellie was almost afraid to ask.
"What's the best part?" I asked, keeping my eyes focused on the road.
"It's that I am going to a party!" Kirsten said. "And MINI KIT IS NOT!"
"Miss Kirsten," Nellie sighed. "That's not very nice."
They finally arrived at the pajama party. There were all sorts of new people to meet! While Mini Kit wasn't there, Big Kit was. Yes, the same Big Kit who saved Kirsten's life! 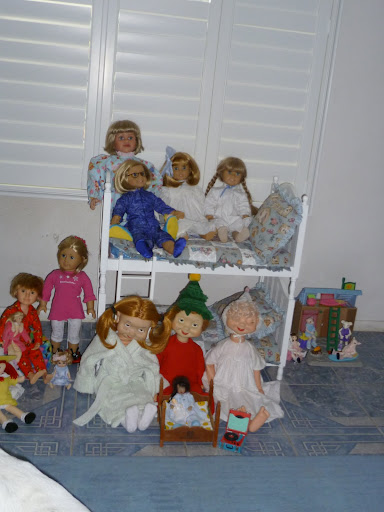 Kirsten did not think it was fair that Nellie got to be in the center of the bed.
The big people ate delicious and adorable cupcakes made by Linda... 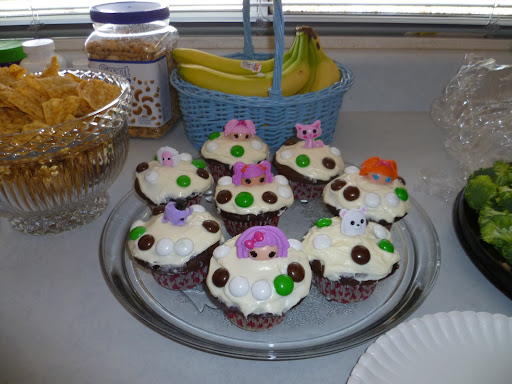 ...and while the big people slept off their sugar-and-cuteness comas, the little people headed off to bed too! 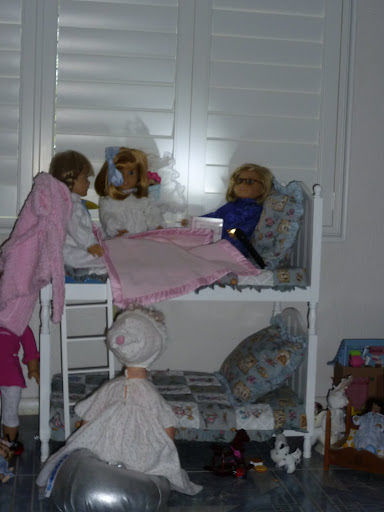 Big Kit pretended she was up late reading to Nellie.
"This is boring," Kirsten grumbled. "Hey, Big Kit. I think there's a dog that needs saving over there."
"Where?" Big Kit asked, hurrying off to help.
"Yay!" Kirsten said. "We have the bed all to ourselves! I call top bunk!"
"Miss Kirsten," Nellie said. "You can't mean to take a nap?"
"Why not? We don't have a bed at home. Unless we sleep in that Cheap Lady's. And she doesn't change the sheets often enough."
"It's not nice to make fun of other people's housekeeping," Nellie said. "The nice thing would be to offer to help clean."

But after ten minutes of being pestered by Kirsten, Nellie finally got into bed.  Kirsten took the top bunk.  She waited, and waited, until she heard Nellie's heavy breaths--so loud she knew Nellie was either asleep or having an asthma attack.  Then Kirsten grabbed all the pillows and shoved them under the sheets.... 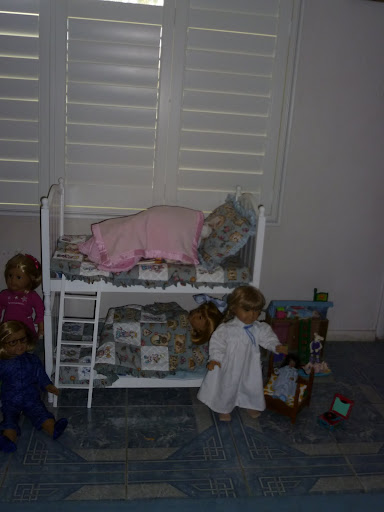 ...and snuck off, with that Cheap Lady's camera, where no doll has gone before... 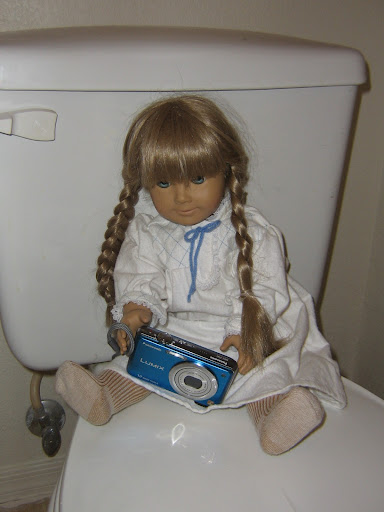 "Now I can get some embarrassing blackmail photos!" Kirsten said. "Then that Cheap Lady will HAVE to buy me a new dress!"
But Kirsten forgot that Cheap Lady's nickname, "Iron Bladder." At length Kirsten got bored and decided to look through the pictures....
And you would not BELIEVE what she saw? What do you think it was?
**Please note, a stunt bathroom was used for the filming of this adventure. I believe Linda's is much cleaner.**
Posted by Julie Bihn at 9:35 PM