Once upon a time, there was the most beautiful, talented, funny, lovable little mini doll EVER. She lived in a magical land called the Sonoran Desert. 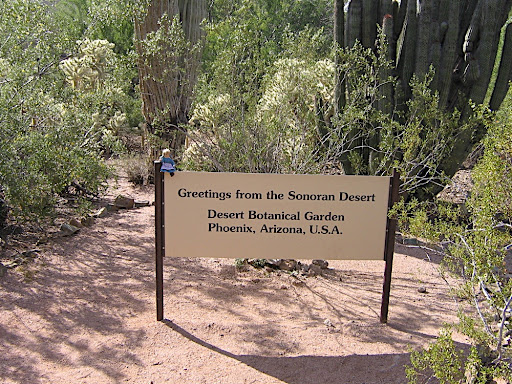 And her name was MINI KIRSTEN!
Poor Mini Kirsten had to spend all day grinding maize and laboring and tallying bananas not beating up Mini Kit and all sorts of horrible things. She never got to have any fun like the other dolls got to have. 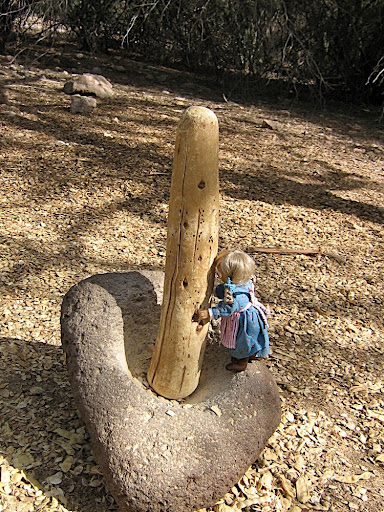 One day, the beautiful, talented, funny, lovable little Mini Kirsten decided she'd had enough. She wanted to finally have an adventure. So she ran away.
But the first thing she found was a
BIG
PRICKLY
CACTUS! 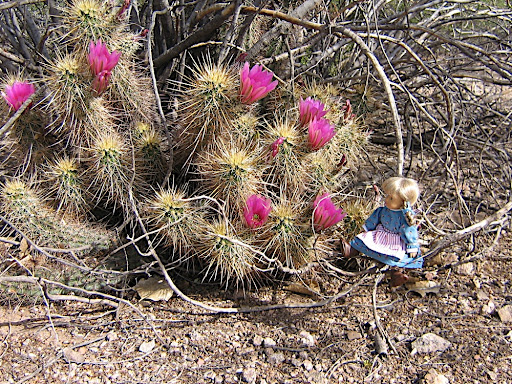 Have you ever been poked by a cactus? It really hurts.

Mini Kirsten screamed and ran and away. Even though cactuses don't have legs and can't usually chase you, except for jumping cactuses, which this was not. But it was still really scary.
Finally, Mini Kirsten found a beautiful secluded garden filled with flowers. 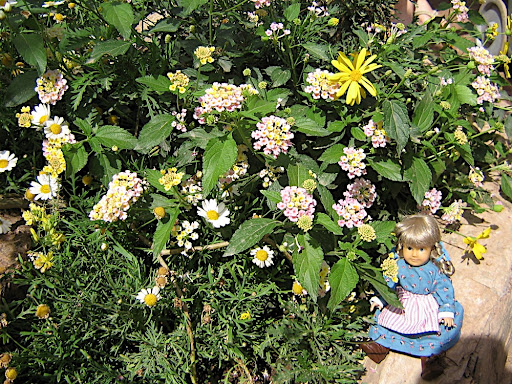 And do you know what those flowers attracted?  Bees?  No. Something much cuter. 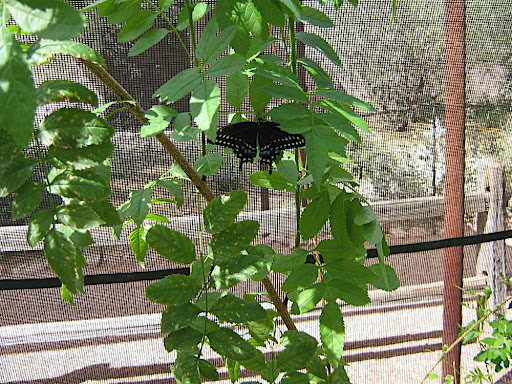 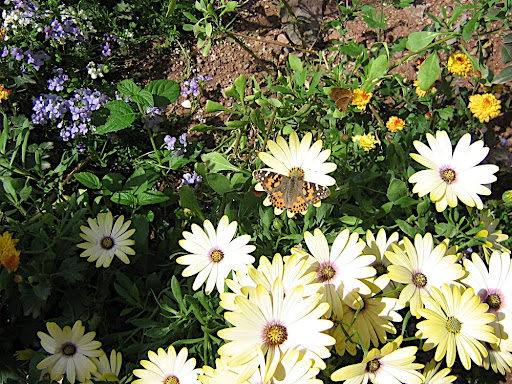 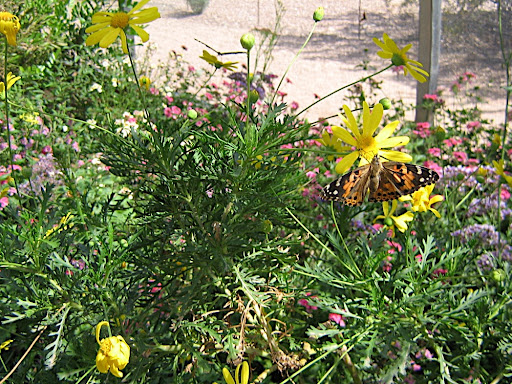 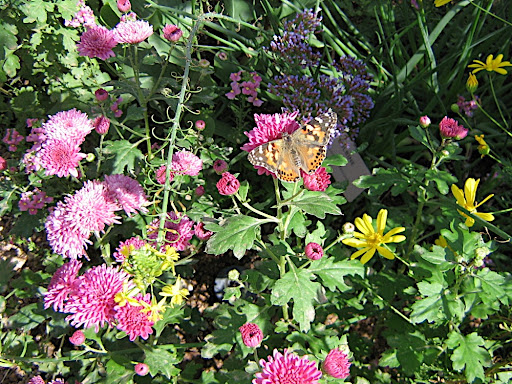 Mini Kirsten knew that one of the butterflies, the Zebra Longwing, was not native to the Sonoran Desert. Why was a non-native butterfly in a butterfly garden? It wasn't because they imported them to Arizona. No. Of course not.

It was a MAGICAL wish butterfly! 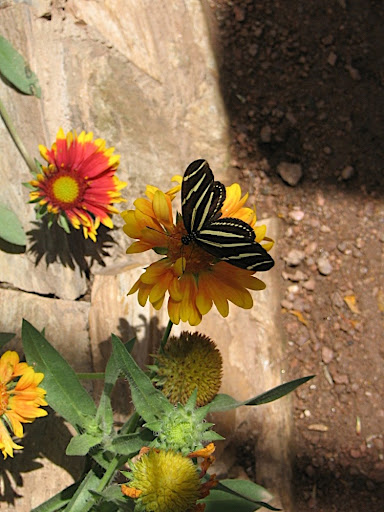 But every time Mini Kirsten tried to run up to it, it ran away!
Finally, the most beautiful, talented, funny, lovable little mini doll in the whole world collapsed in exhaustion.
"I will NEVER find the Zebra Longwing," Mini Kirsten sighed. "If only it knew what a wonderful, charming doll I am, it would HAVE to grant my wish."
She sighed again. "And I wish it weren't so hot." 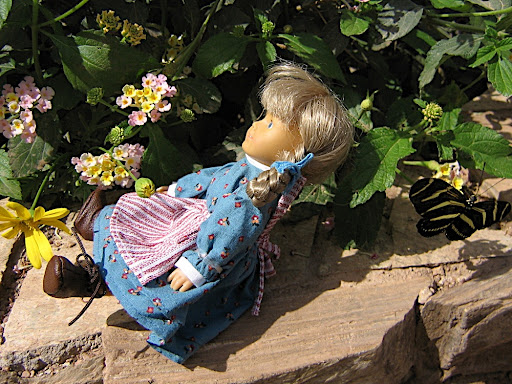 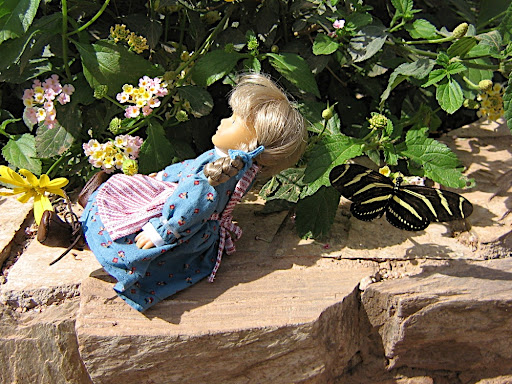 "Is that a Zebra Longwing I feel, fanning me with its tiny wings?"
The butterfly flew away.
"Wait!" Mini Kirsten cried. "That wasn't my wish! You have to grant my REAL wish!" 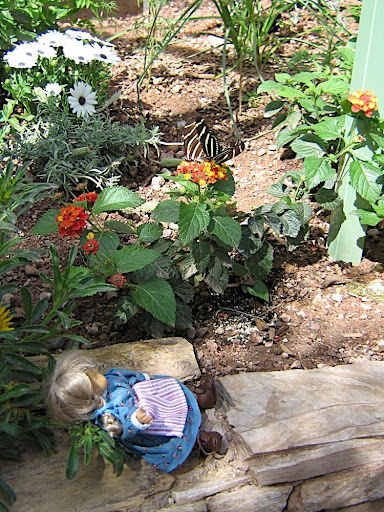 The butterfly fixed its compound eyes on Mini Kirsten. 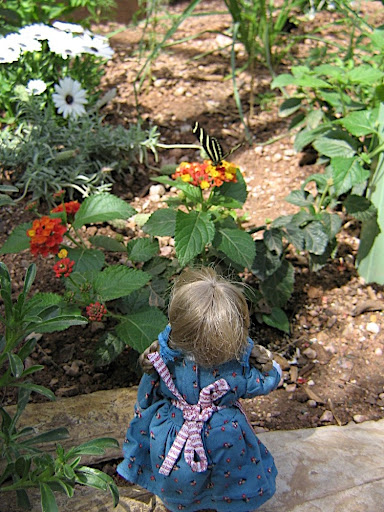 "I want to be a princess!" Mini Kirsten said. "And I want to live in a beautiful, huge castle!"
The magical butterfly lowered its wings... 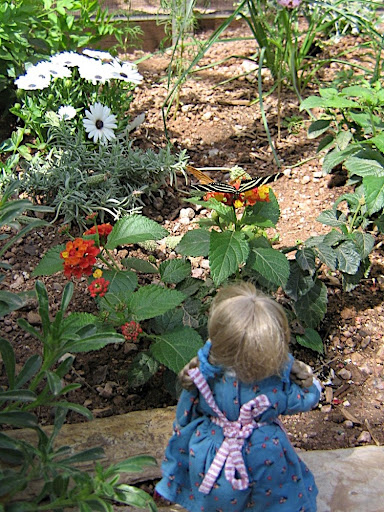 And Mini Kirsten found herself up high in a weird place.
"Hey!" 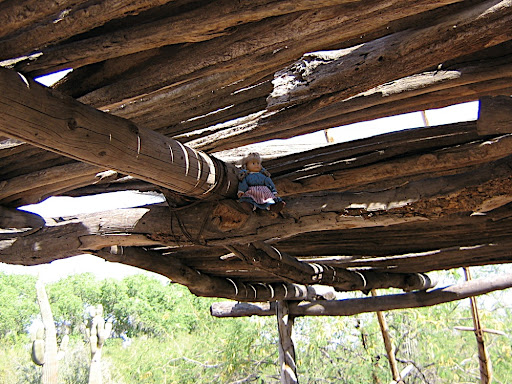 "This is not a castle! This is some sort of replica Indian dwelling! Should've known better than to trust a butterfly." 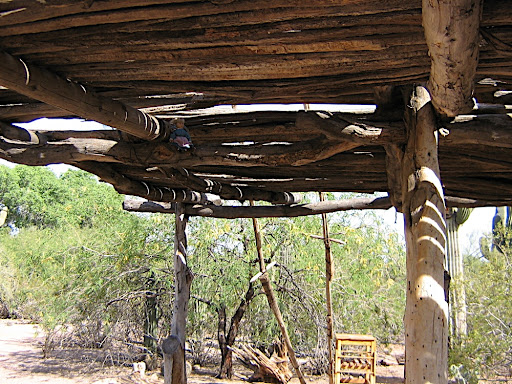 Mini Kirsten carefully climbed down from her perch and searched for a more fabulous castle.
But all she found was a giant tumbleweed. 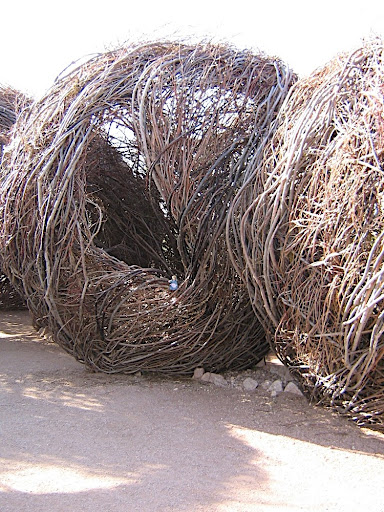 "I don't like this at all," she grumbled. "It's prickly and small and not even fire resistant or weatherproofed and I think a wolf could blow it down and then it would go rolling like a tire or a Nerf ball and--Eeek!" 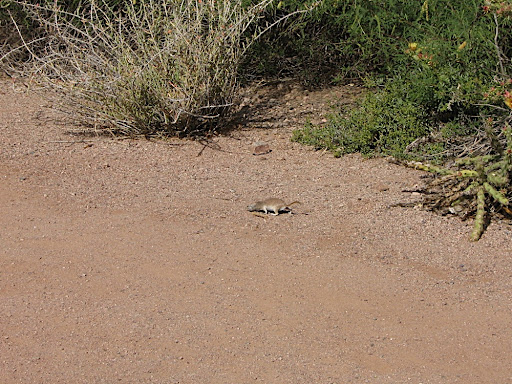 "Desert rat!"
Mini Kirsten fled from the big scary ground squirrel.
And speaking of gross things and rodents, Mini Kirsten suddenly turned into regular Kirsten.  And she was in a strange, unfair place...
"I should have a movie! And I should certainly be bigger than HER!!!" 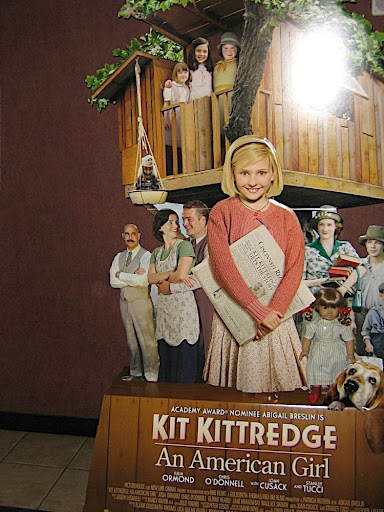 "IT'S NOT FAIR!!!"
Then Kirsten remembered that princesses are always polite and never EVER throw tantrums. At least, not good princesses. So she politely went into the movie theater...and Mini Kit was there! 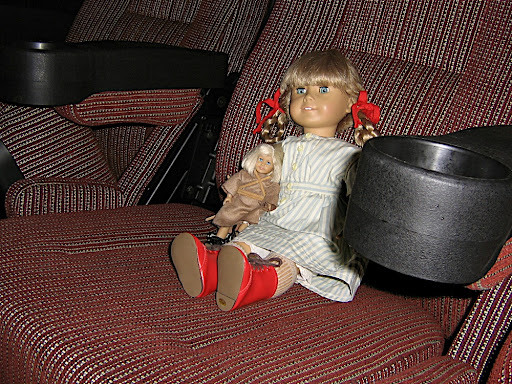 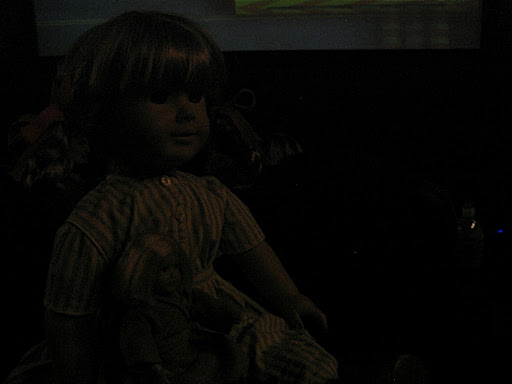 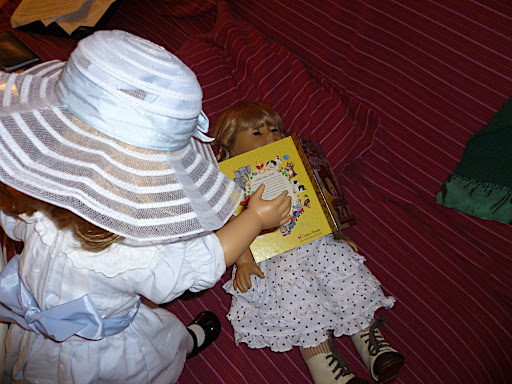 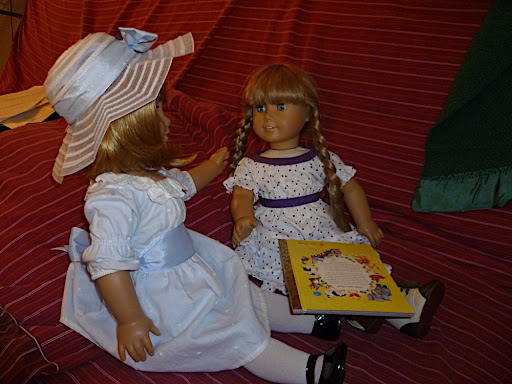 "Are you all right, Miss Kirsten?" Nellie asked.
"I had the most terrible nightmare," Kirsten said. "I was a PRINCESS!"
"That doesn't sound terrible at all," Nellie replied. "I thought you liked pretty dresses and near-absolute power."
"I do," Kirsten said. "But princesses have to have all sorts of problems in their lives before they get a happy ending. And I didn't even get a castle. And...and...." 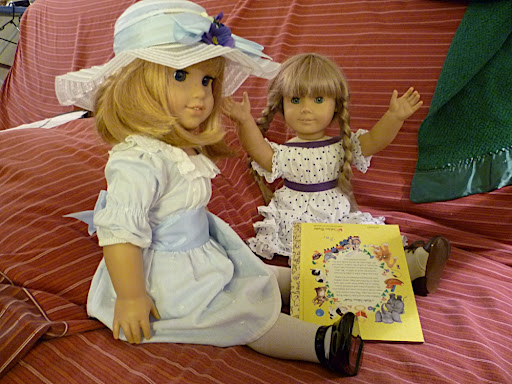 "And I had to be nice to EVERYONE! Even Mini Kit!"
Nellie sighed. "That's not really a bad thing, Miss Kirsten."
But Kirsten sighed in relief. "Thank goodness I am not a REAL princess! But hey, Cheap Lady? I'd still like a princess dress."

Nellie and I BOTH sighed.
Posted by Julie Bihn at 3:12 PM